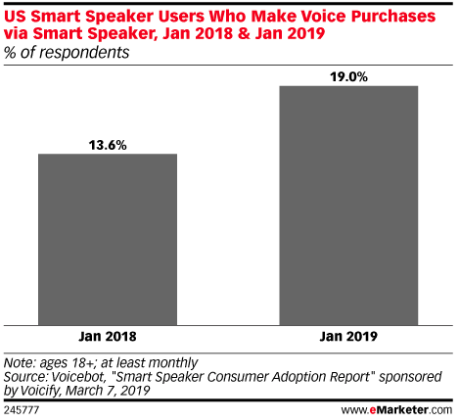 Monthly purchases made via smart speakers in the US rose by 5.4% between January 2018 and January 2019, per data from voice tech companies Voicebot and Voicify. However, those who shopped using voice accounted for less than one-fifth of smart speaker users.

eMarketer forecasts that 74.2 million people in the US—22.4% of the population—will use a smart speaker in 2019. While 26.1% of smart speaker owners told Voicebot and Voicify that they had made a purchase using a smart speaker at least once, 15.0% claimed to do so monthly, and only 3.9% reported shopping this way daily.

The bottom line: Regardless of frequency, purchasing is the activity smart speaker users are least likely to engage in.

And, conversely, smart speakers and voice assistants are among the devices least likely to be used by shoppers. 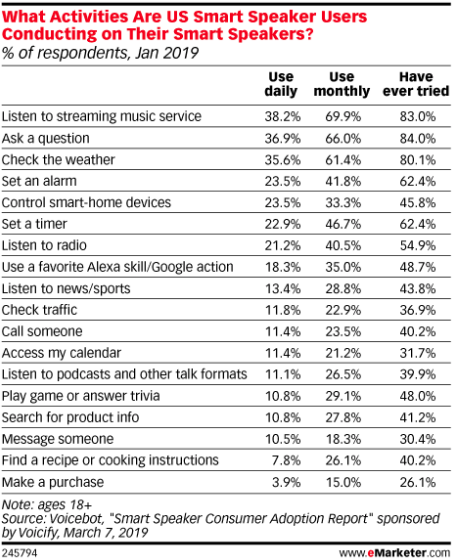 Just 10% of US digital device users purchase products on smart speakers or with voice assistants, even less than those who buy products over the phone, according to a December 2018 survey by Adobe and Advanis. Respondents ages 18 to 34 were more likely to shop with voice, at 17%.
Posted 2:02:00 AM