BIA Kelsey has released its Top Ten list of the Top billing radio stations in the U-S. 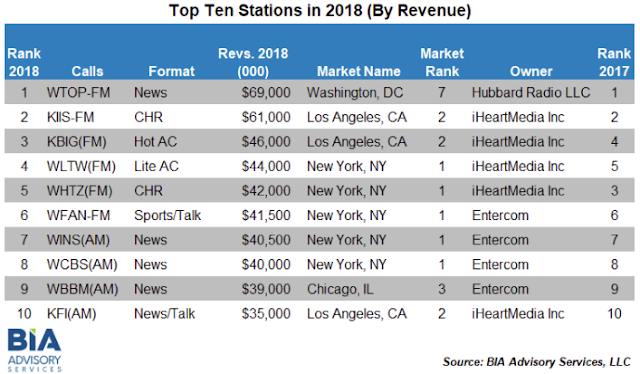 Mark Fratrik, SVP and Chief Economist, BIA Advisory Services stated, “Although local radio stations are still important players in their markets and are managing to maintain their position in the top five advertising platforms, we do expect the OTA advertising revenue of U.S. radio stations to decrease this year by 1-2 percent and through the next few years.”

He forecasts that combined radio revenues will remain relatively flat for at least the next five years, while digital platforms will hit $1 billion by 2020.
Posted 5:37:00 AM