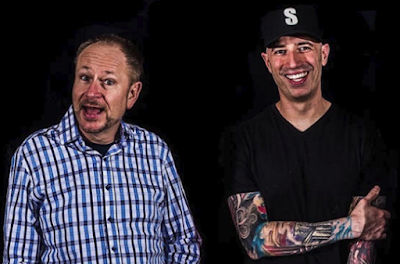 Entercom has announced it has extended its relationship with Seattle morning show duo BJ Shea and Steve Migs. The duo will remain as co-hosts of “BJ & Migs” on Rock KISW 99.9 FM, weekdays from 5:00 a.m. to 10:00 a.m. PT.

“2019 will mark the 13th year ‘BJ & Migs’ have been with us on ‘The Rock,’ and we are thrilled to continue this partnership,” said Jack Hutchison, Senior Vice President and Market Manager, Entercom Seattle. “They have developed an unprecedented rapport with our listeners and we look forward to what is to come.”

“This was a very easy decision,” said Shea. “Steve Migs and the rest of our show are the best team of folks that I’ve ever worked with. Dave Richards [Senior Vice President, Programming and Operations, Entercom Seattle] and Jack Hutchison combine for a leadership duo unmatched in my career. Add to that an amazing group of colleagues in all departments of Entercom Seattle and it is clear that this is where I belong.”

“I’m thankful to continue to create and entertain alongside BJ and the entire ‘BJ & Migs’ crew,” said Migs. “Working at KISW has been amazing, thanks to everyone involved with the station. I look forward to many more years together.”

Listeners can tune in to 99.9 KISW (KISW-FM) in Seattle on air, as well as nationwide on the RADIO.COM app and website. Fans can also connect with the station on social media via Twitter, Facebook and Instagram.
Posted 3:43:00 AM