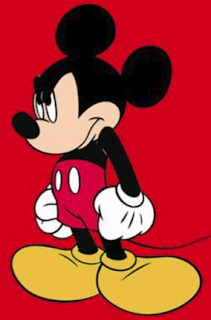 In 2018, Disney CEO Bob Iger got a raise–a big raise. His total compensation increased 80% to hit $65.6 million. According to a recent study by Equilar, his compensation was 1,424 times that of the median Disney employee. For Abigail Disney, granddaughter of Disney cofounder Roy Disney, that level of pay is “insane.” Moreover, she says, executive pay at that level has “had a corrosive effect on society.”

Disney, a filmmaker who has become an activist on issues of corporate social responsibility, made the remarks at the first annual Fast Company Impact Council last week, where she joined Columbia University associate professor Howard W. Buffett and Coalition for Inclusive Capitalism founder and CEO Lady Lynn Forester de Rothschild for a discussion about practicing “humane capitalism.”

Disney told attendees that her perspective has been informed by her interactions with Disneyland employees in Anaheim, California.  Over time, she said, they have experienced a reduction in benefits, and in many cases are struggling to pay for essential needs like medicine.

“I like Bob Iger. Let me be very clear: I think he’s a good man. But I think he’s allowing himself to go down a road that is the road everyone is going down,” she said, citing Wall Street-driven norms.

“When he got his bonus last year, I did the math, and I figured out that he could have given personally, out of pocket, a 15% raise to everyone who worked at Disneyland, and still walked away with $10 million. So there’s a point at which there’s just too much going around the top of the system into this class of people who–I’m sorry this is radical–have too much money. There is such a thing.”

Disney is a member of the activist organization Patriotic Millionaires, which advocates for higher taxes on the wealthy.