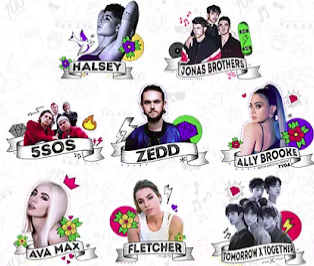 iHeartMedia will kick off the summer with the 2019 iHeartRadio Wango Tango Presented by The JUVÉDERM Collection of Dermal Fillers hosted by Ryan Seacrest featuring performances from today’s hottest artists including Jonas Brothers, Halsey, 5 Seconds of Summer, Zedd, Ally Brooke with Special Guest Tyga, Ava Max, Fletcher andTOMORROW X TOGETHER, with more to be announced. 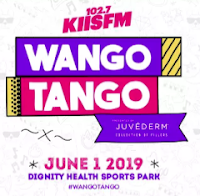 iHeartRadio Wango Tango will be held at the Dignity Health Sports Park, formerly StubHub Center and home of the LA Chargers and the LA Galaxy, in Los Angeles on Saturday, June 1.

Freeform will exclusively broadcast a 90-minute television special on Friday, June 7 at 8 p.m. ET/PT. In addition, LiveXLive will livestream the concert exclusively for fans nationwide on livexlive.com, and the event will also broadcast live via iHeartMedia radio stations throughout the country in 100 markets. The KIIS CLUB VIP Pre-Sale will begin Thursday, May 2 at 10 a.m. PT. All remaining tickets will be available to the general public on Friday, May 3 at 10 a.m. PT via axs.com.

“Year after year, Wango Tango has been one of Los Angeles’s must-see events, bringing today’s biggest artists together on one stage for an unforgettable evening,” said John Ivey, President of CHR Programming Strategies for iHeartMedia and KIIS FM. “We look forward to bringing this iconic event to music fans nationwide through our continued relationship with Freeform as our television partner, and through our live broadcast on iHeartRadio stations and stream on LiveXLive.”
Posted 1:55:00 AM