Coming To Stores: Ads Based On Shoppers' Moods 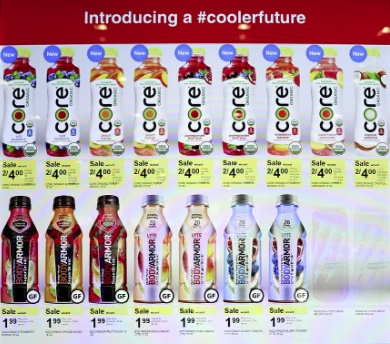 Technology is being pitched to retailers that uses cameras placed in stores to guess things like shoppers' age, gender and even mood as they walk by, or what they're eyeing on the shelves, in order to target them with real-time ads on in-store videos screens.

It's being touted as a way to compete with online sellers, who have access to all kinds of data about consumers and what they buy.

But, reports The Associated Press,  privacy concerns have been raised, since shoppers may not been aware the cameras are being used, and the information could be used in intrusive, discriminatory or potentially harmful ways.

The technology is currently being tested in a handful of locations.

Supermarket chain Kroger has put cameras in a price sign above shelves in two stores outside Cincinnati and Seattle, and video screens attached to the shelves can play ads and show discounts. Walgreens put cooler doors with cameras and sensors at six locations in Chicago, New York, San Francisco and Bellevue, Washington.

Instead of the doors being clear glass, they have video screens that show ads along with the cooler’s contents. Walgreens said that the cameras are being used to sense when someone is in front of the cooler and count the number of shoppers passing by.

However, the camera can also  guess ages and track shoppers eyes to see where they're looking, but Walgreens says those functions aren't turned on -- for now.
Posted 2:21:00 AM