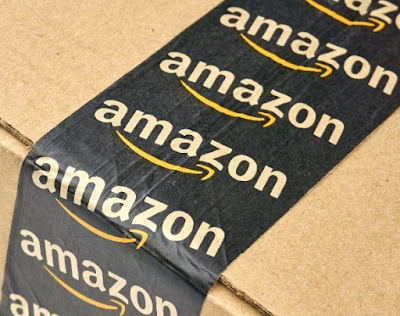 Amazon.com Inc. notched a best-ever $3.56 billion quarterly profit as it continued to lean on higher margin businesses and put a lid on costs, reports The Wall Street Journal.

Expenses, however, are expected to jump in the second quarter in part because Amazon said it would invest $800 million to make one-day free shipping the standard for Prime members, instead of two days.

The e-commerce company’s bottom line got a big boost in the first quarter from its cloud-computing unit and burgeoning advertising business, helping to offset sluggish growth from the core online retail business. The profit more than doubled to well above what analysts were expecting.

Still, sluggish retail sales overseas and flat performance from Amazon’s Whole Foods grocery chain dragged down revenue growth for a fourth straight quarter. Revenue rose 17% to $59.7 billion. Growth was 43% in 2018’s first quarter, though it was boosted by the acquisition of Whole Foods.

Amazon’s stock rose 0.8% in after-hours trading on Thursday to $1918.12. The shares are up about 24% this year, helping propel the company’s market value closer to $1 trillion—a level Amazon flirted with last year.

After years of plowing nearly every dollar made back into its business, Amazon has entered a new era of more modest revenue growth and consistent profits. The company had spent heavily in prior years to build out its warehouses to meet surging retail demand and branch into new industries such as cloud computing, filmmaking and groceries. 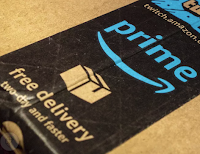 Amazon started delivering record profit last year as it eased spending while newer businesses like advertising and cloud computing took off, helping to offset the lower margins of its traditional retail business. Its online retail marketplace now relies more heavily on third-party vendors—58% of sales on the platform come from taking a cut from these outside businesses, as opposed to selling goods directly itself.

The result for the latest quarter: Expenses grew 12.6%, the lowest percentage rise in at least a decade, while Amazon’s operating margin climbed to 7.4%, its best over that time.

On a call with analysts, Chief Financial Officer Brian Olsavsky said Amazon didn’t invest as heavily in new fulfillment centers or logistics infrastructure as in years past, adding that hiring was also moderate. Amazon’s head count fell by nearly 17,000 employees during the quarter to a total of 630,600. That represents only the second sequential decline and steepest drop for the company since at least 2010.
Posted 2:45:00 AM