Kate Smith’s statue has been wrapped up and carted off from outside the Wells Fargo Center in Philadelphia. Reaction to racist lyrics in two songs she sang — “That’s Why Darkies Were Born,” recorded in 1931, and “Pickaninny Heaven,” from a 1933 movie — silenced her rendition of “God Bless America” at Flyers and New York Yankees games.

Now it’s time to complicate the record further and consider Smith as a champion of racial tolerance, according to The Philadlephia Inquirer.

In a long-forgotten radio speech in January 1945, “the First Lady of Radio” gave an impassioned speech attacking bigotry and racism, calling them “the diseases that eat away the fibers of peace.” As millions listened, she called for every church and family to commit to tolerance and understanding. 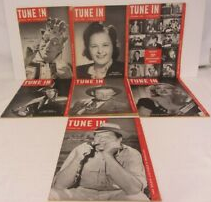 Which Smith is the real Smith? The purveyor of racial stereotypes or the crusader for social harmony?

Are the songs racist? Of course they are,” says Susan J. Douglas, a professor of communication studies at the University of Michigan and author of Listening: Radio and the American Imagination.

But in matters like this, where a moment from the past ignites a current debate, context matters, she says: "People don’t think about the historical context, and they don’t think about nuance at all. Without wishing to defend or advocate for Kate Smith, I’d point out that there’s a huge difference between the early 1930s and 1945.”

It’s hard to overstate Smith’s standing in her day. At her height, she was one of the most popular entertainers in America. She had a string of million-selling records and a series of national radio programs throughout the 1930s. As of January 1945, when she gave the speech on the CBS show We, the People, she had two weekly shows.

In this particular speech, she first told the story of a Christian family in Belgium that hid three Jews from the Nazis. And then this, as recounted in the May 1945 issue of the popular radio magazine Tune In:


"It seems to me that faith in the decency of human beings is what we must have more of, if there is to be a future for all of us in this world. We read in the papers every day about conferences on the best way to keep the peace. Well, I’m not an expert on foreign affairs — and I don’t pretend to know all the complex things that will have to be done for a lasting peace. But I am a human being — and I do know something about people. I know that our statesmen — our armies of occupation — our military strategists — may all fail if the peoples of the world don’t learn to understand and tolerate each other.

"Race hatreds — social prejudices — religious bigotry — they are the diseases that eat away the fibers of peace. Unless they are exterminated it’s inevitable that we will have another war. And where are they going to be exterminated? At a conference table in Geneva? Not by a long shot. In your own city — your church — your children’s school — perhaps in your own home.

"You and I must do it – every father and mother in the world, every teacher, everyone who can rightfully call himself a human being. Yes, it seems to me that the one thing the peoples of the world have got to learn if we are ever to have a lasting peace, is — tolerance. Of what use will it be if the lights go on again all over the world — if they don’t go on … in our hearts."

People heard it, all right. The sponsors of We, the People said they received more than 20,000 requests for reprints. Newspapers across the land reprinted passages.