Buffett: Most Newspapers Are... 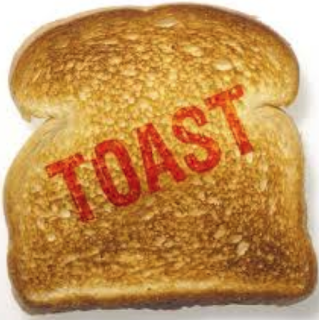 Warren Buffett, the man behind a print-media empire that includes the Buffalo News and Omaha World-Herald, doesn’t think most newspapers can be saved, reports Bloomberg.

The decline of advertising gradually turned the newspaper industry “from monopoly to franchise to competitive,” the billionaire chief executive officer of Berkshire Hathaway Inc. said in an interview with Yahoo Finance. And now most newspapers are “toast.”

“The world has changed hugely,” Buffett said in the interview with Yahoo Finance, which will serve as the livestream host for Berkshire’s shareholder meeting.

The bleak outlook echoes Buffett’s remarks at last year’s annual meeting, when he lamented the state of the newspaper industry. Berkshire’s BH Media, which owns papers across the country, has been cutting jobs to cope with declining advertising revenue.

Berkshire struck a deal last year for Lee Enterprises Inc., which owns papers including the St. Louis Post-Dispatch, to manage its newspapers and digital operations in 30 markets.

Buffett, 88, said last year that it wasn’t of much economic consequence to Berkshire because the company bought its papers at “reasonable” prices.

Readers sought out newspapers when they were packed with ads about bargains, jobs and apartments, Buffett said. But Craigslist and other sites have taken over that role.

By 2016, the newspaper industry’s ad revenue was nearly a third of what it was a decade before, falling to $18 billion from $49 billion, according to Pew Research Center.

Not all papers are doomed, though. The New York Times, the Washington Post and the Wall Street Journal will survive, he said.
Posted 10:05:00 AM