Alexa Knows Where You Live 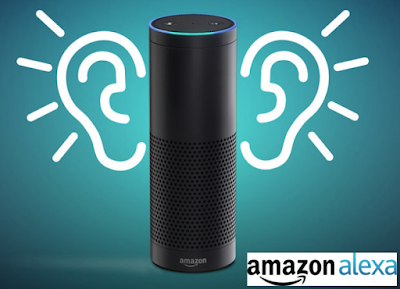 The Alexa review team is based on three continents and transcribes, annotates and evaluates a percentage of voice recordings Alexa picks up, to help the digital voice assistant adapt to and respond to commands, according to Bloomberg, citing five employees familiar with the program.

But the employees told Bloomberg that access to Alexa customers' geographic coordinates can easily be used to find home residences through third-party mapping software. While there is no evidence that the data has been used to locate individual users so far, members of the team told Bloomberg they were concerned Amazon was granting overly broad data access that could easily be used to identify individual users.

"Anytime someone is collecting where you are, that means it could go to someone else who could find you when you don't want to be found," Lindsey Barrett, a staff attorney and teaching fellow at Georgetown Law's Communications and Technology Clinic, told the publication.

While much of the information stored by the software can't be traced back to individual users, Amazon also collects location data to allow Alexa devices to answer requests specific to local conditions such as restaurants or weather. An Amazon team member gave Bloomberg a demonstration in which they pasted a user's coordinates into Google Maps and were able to find their address, according to The Hill.
Posted 2:41:00 AM