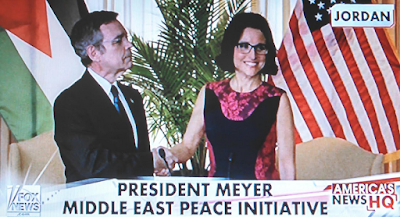 In the scene he's meeting with Julia Louis-Dreyfus as President Selina Meyer in the HBO sitcom.

Toscano had interviewed the show’s casting director, who later called him thinking he would make the perfect Jordanian King.

Toscano can also be seen later this month in the 40th anniversary release of the first big summer blockbuster “Jaws,” where you can see a youthful anchor-to-be in the beach scenes.
Posted 3:17:00 AM