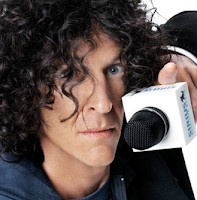 On Wednesday, it was business as usual on Howard Stern’s Sirius XM radio show: Two celebrity guests, followed by two news-making celebrity reveals. His first guest, Jason Alexander, began casually reminiscing about his Seinfeld days—like he’s done many, many times before—but he ended up setting the record straight on a serious Seinfeld fan theory and revealed why they killed off George Costanza’s fiancée, Susan.

Fans will recall that Susan (Heidi Swedberg) died rather unceremoniously while licking “inexpensive envelopes” for their wedding invitations. Alexander explained that the reason for her sudden departure came down to the actors’ chemistry.

“The actress is this wonderful girl. I love her,” Alexander told Stern, but explained that, like his Seinfeld character, he didn’t know how to play off of her. “We could do the most horrible things to her,” Alexander said, “but the audience was still on my side.” Alexander then recalled how the rest of the cast shared his sentiment. “Julia [Louis-Dreyfus] said, ‘Don’t you wanna just kill her?’ And Larry [David] went ‘Ka-bang!’ ”

Vogue reports Stern’s second guest was Jada Pinkett Smith, who also gave an extremely candid interview. The actress’s marriage to Will Smith has been tabloid fodder for years, and when she visited Stern, the talk show host asked Smith to clarify her previous comments about the pair being in an open relationship.