The iconic radio personality Art Laboe is scheduled to make a return to the Los Angeles FM dial this coming Sunday on HipHop KDAY 93.5 FM.

Sunday nights just hadn't been the same without the almost 90-Laboe. The "Oldies But Goodies" Radio Hall of Fame host got format flipped off Hot 92.3 FM in February spurring boycotts and protests.

Laboe, who coined ths phrase "Oldies But Goodies", is still syndicated six nights a week in other markets, but L-A is where the legend cemented his lore.

Up until now, the closest Los Angeles station we could listen to Laboe's syndicated show—one where people oftentimes called in to make song dedications to their loved ones—was in Oxnard on Old School 95.9 FM. The 89-year-old host had been connected to HOT 92.3 and its predecessor Jammin Oldies 100.3 FM since 1997. 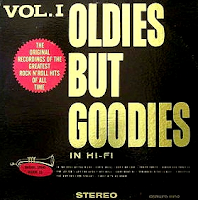 Laboe arrived in LA in 1949 and became a deejay on stations, KPOP, KRKD.

He started a radio show from the Scrivner’s Drive-In. Teenagers would come to the Drive-In and hang out, and give live on-air dedications for songs and Laboe began to make a list of the most frequently requested songs. With the live radio show going, he had the audience, he had the lists of requests and he began to turn that concept into an idea for an album.

Later he moved to KXLA which became KRLA 870 AM where he stayed for many years.