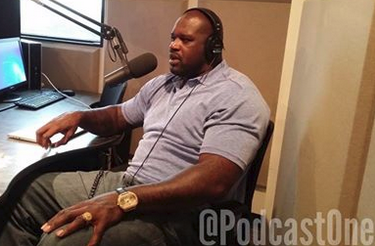 Podcast One has announced the addition of former NBC personality Shaquille O'Neal to its line-up.

O'Neal's "The BIG Podcast" will feature co-host John Kincaide and will be update every Monday.

The BIG Podcast with Shaq promises to be a fun, topical and slightly irreverent weekly talk, news and entertainment show filled with all-star guests, controversy and the crazy life of Shaq himself.

On his debut show, Shaq hosts former teammate and actor Rick Fox, discusses the Deflategate controversy, and responds to recent reports that he threatened Kobe Bryant.
Posted 3:22:00 AM