More than 17,000 fans showed up to Yankee Stadium on Wednesday night to show their appreciation for the NYPD and honor fallen officers Brian Moore, Rafael Ramos and Wenjian Liu. 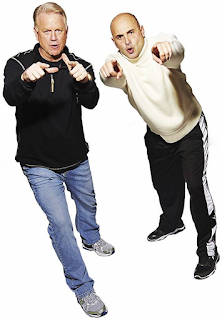 The “True Blue” celebrity softball game, organized by WFAN’s Boomer Esiason and Craig Carton, had a big-league atmosphere and raised big-time funds for the families of New York’s Finest.

“I am honored to speak for my generation,” said Savannah Solis, a 10-year-old from Tyler, Texas, who made hundreds of thank-you cards after Liu and Ramos were killed in December. “My goal is to tell as many police officers as I can that I love them.”

CBS reports proceeds from the game — “hundreds of thousands of dollars,” Carton said Thursday morning — will benefit the Silver Shield Foundation, the NYC PBA Widows’ and Children’s Fund, and the families of Moore, Ramos and Liu. Use of the Stadium came free of charge, courtesy of the Yankees, and half the concession revenue was donated toward the cause.

“Our hearts break every single day that we have to hear of another cop injured in the line of duty,” Esiason said to kick off the event, which was broadcast live by Joe Benigno, Evan Roberts and play-by-play man Chris Carrino on WFAN 660 AM/ 101.9 FM. “And that’s one of the reasons, if not the biggest reason, that we’re here tonight.”

The Moore, Ramos and Liu families threw out the ceremonial first pitches to a huge ovation, with New York baseball greats Joe Torre, Bernie Williams and John Franco making up the other end of the battery.