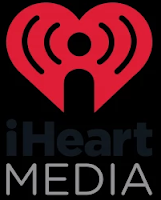 A woman who texted to enter a WHTZ 100.3 FM Z100 contest has initiated a class action lawsuit against iHeartMedia and several of it stations.

Beth Shvarts says in her filing that she entered Z100 "$1000 Thursday" via text to 55100 and received a response from The Elvis Duran Show, including a link to play "Words With Friends" via an App. Similar text responses with other ads were noted from iHM's KDWB Minneapolis and WIHT Washington, DC

Shvarts filed the suit in US District Court for the Eastern District of New York and it accuses iHM of harvesting cell phone numbers of listeners who enter contests or make phone calls. The suit goes on to state iHM used automatic dialers to send texts as a reponse claiming violation of the Telephone Consumer Proection Act.

The suit adds that the response texts are not disclosed in the solicitations to text the stations and require prior express written consent.

The suit seeks a minimum of $500 damages for each violation, plus attorney's fees.
Posted 9:26:00 AM