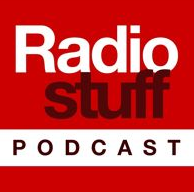 Country radio consultant Keith Hill spends about an hour with Radio Stuff host Larry Gifford explaining the intention and the origin of his comments that sparked ‪#‎saladgate. He defends the recommendation he made to country programmers to increase ratings by limiting female artists to 15% of the song rotation, but insists it’s not sexist.

“Trust me, if playing 80% of females got me the highest ratings, I’d run over you in the hallway to put a female record on the air. I would walk over broken glass and chew razor blades to get to the studio to deliver what the audience will line up for.”

During the discussion, Hill said he’d received death threats from country music fans and support from friends in the industry. He has spoken to some female country artists and he says he'd like to sit and listen to Martina McBride about her concerns about what he said.