Apple to Take On Spotify With New Streaming Services 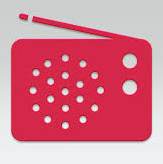 More than a decade after it revolutionized music ownership with digital downloads through iTunes, Apple Inc. is again trying to change how consumers listen to their favorite songs with a new subscription streaming service and a renewed push into Internet radio.

At its developers’ conference next week, The Wall Street Journal is reporting Apple is expected to announce a new set of music services, putting the company in competition with Spotify, the world’s leading streaming service, as well as Internet-radio player Pandora and even traditional broadcast stations.

Apple is expected to offer unlimited on-demand streaming for $10 a month, as Spotify does, according to people familiar with the plan. Unlike Spotify, Apple won’t let listeners stream its entire music catalog on demand free of charge. But it plans to augment its free, ad-supported Internet radio service with channels programmed and hosted by human DJs.

Music-industry executives see Apple’s all-in bet as a watershed moment for streaming music that could move the technology from early adopters to the mainstream. Apple can aggressively push its hundreds of millions of iTunes customers—most with credit cards already registered with the company—to embrace a subscription model on the same devices where they listen to downloaded songs and albums.

People familiar with Apple’s thinking say the company—the world’s leading music retailer—is prepared to cannibalize its download business in favor of streaming, which has been gaining traction world-wide.