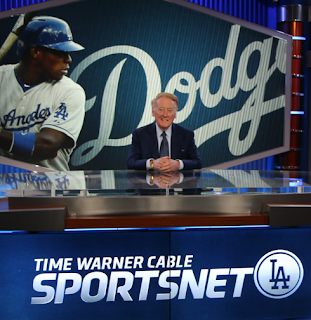 The L-A Times reports the first broadcast will be the second of a three-game series against the Arizona Diamondbacks at Dodger Stadium. Charter has some 300,000 subscribers in the Los Angeles region.

The move comes less than two weeks after Charter unveiled a nearly $57-billion deal to acquire Time Warner Cable, which until now had been the only major pay-TV operator to carry SportsNet LA. Charter was motivated to begin offering the games as it seeks to build goodwill for a proposed takeover that would make it the largest pay-TV company in Southern California.

The Stamford, Conn., company didn't want to antagonize Southern California customers who have expressed concerns about the stalemate. There has also been sharp criticism from key government officials, including members of Congress and the Federal Communications Commission.