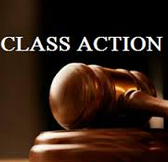 A federal judge in Tennessee on Thursday tossed out a class action lawsuit filed by 10 former collegiate football and basketball players against ESPN and other broadcasters, concluding that sports broadcasts are exempt from their right of publicity claims.

Variety reports U.S. District Judge Kevin Sharp wrote that the athletes had failed to allege sufficient facts to show that they were entitled to monetary compensation because they play in televised games. The suit was filed last year shortly after a federal judge, in separate litigation, concluded that the NCAA couldn’t block former UCLA basketball star Ed O’Bannon and 19 others from receiving compensation for the use of their images in videogames and certain types of broadcasts.

But Sharp noted that the NCAA wasn’t among the defendants in the latest litigation. In addition to ESPN and broadcasters ABC, Fox, CBS and NBC, the former athletes named licensing agents including WME Entertainment and IMG Worldwide. A number of sports conferences also were named, including the Big 10 and the Pac-12.

Sharp did acknowledge the ongoing debate over whether student athletes should be paid or receive some share of the sports rights bounty — but said it was not a question for this case.

The networks argued that they did not create the NCAA’s amateurism rules that prohibit payment, and have no ability to eliminate them.
Posted 3:14:00 AM