In 1942…Capitol Records opened for business, becoming the first major record label based on the U.S. west coast. The company had been established earlier in the year – by songwriters Johnny Mercer and Buddy De Sylva with Glenn Wallichs – as Liberty Records. It was Wallichs, Capitol's manager, who invented the art of record promotion by sending free copies of new releases to disc jockeys.


In 1962...The Beatles signed their first record contract with EMI, though it's merely to produce a series of demos. The band will have to pass its upcoming audition to get signed to make actual records. 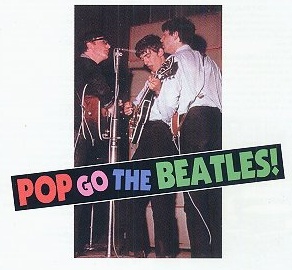 In 1963…"Pop Go the Beatles" was first broadcast on BBC radio.


Each edition of Pop Go The Beatles began and ended with a rock ‘n’ roll version of the nursery rhyme Pop Goes The Weasel recorded by The Beatles.


The station first came on the air on 105.9 FM in 1964 as WHBI, which was originally owned by Hoyt Brothers Inc.. In the 1980s, the station - by then property of Multicultural Radio Broadcasting - went by the call letters WNWK, and aired leased-access ethnic programming.


One year ago in Media Confidential...