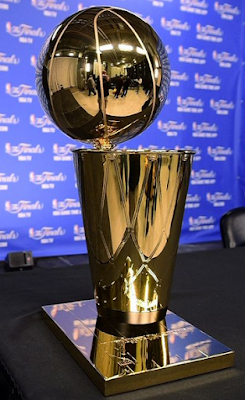 An overtime thriller in Game 1 of the NBA Finals on Thursday produced the top overnight rating for the event in 14 years, propelling ABC to a dominant primetime victory for the night.

Total-viewer estimates won’t be available until later today, but, according to Variety,  the Golden State Warriors’ 108-100 victory over the Cleveland Cavaliers generated a 12.9 overnight household rating, peaking with a 15.6 rating from 11:30-11:45 p.m. ET. This is up 24% over last year’s opener between Miami and San Antonio (10.4), which translated into a 6.0 rating in adults 18-49 and 14.85 million viewers overall.

ABC said this was the highest Game 1 overnight since it started airing the NBA Finals in 2002. The previous year’s series between the Philadelphia 76ers and Los Angeles Lakers on NBC delivered a higher rating and ended up with a total-viewer average of 18.58 million — the highest for any Game 1 in the post-Michael Jordan era.