Internet radio service Dash Radio has signed up more than 1 million users since its beta launch in 2014 as a way for people to listen to streaming radio stations.

Now it’s emerging from that beta with new iOS and Android apps, and $2m of seed funding from investors including former Facebook executives, music and radio industry veterans, and US sports stars.

“We want to make radio good, and take it back to its roots,” founder Scott Keeney – known as DJ Skee in his career as an Los Angeles radio DJ – told The Guardian ahead of the launch. 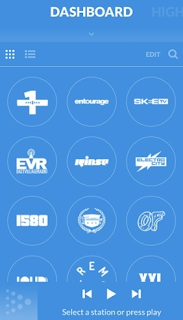 “The core of what we are doing is very simple: taking something that’s worked for 100 years and just making it digital, getting rid of the massive amounts of advertising, and focusing on people as the best curators of music.”

The latter comment shows that Dash Radio sees its competition as more than just traditional FM radio stations. It will also compete with “personal radio” services like Pandora and MixRadio, as well as the programmed playlists on Spotify and other streaming services.

“All these stations are run like traditional radio stations: we are powering what we feel are the best content creators in each field, whether it’s DJs, artists, brands or labels,” said Keeney.

Apple is also reportedly signing up musicians to front radio-style channels in its imminent relaunch of its Beats Music streaming service, with Drake, David Guetta and Pharrell Williams expected to be among its roster.