➦In 1913...actor Alan Ladd was born in Hot Springs Arkansas.  His career began in radio in 1935 and he went on to star in films, of which Shane was the highlight.  When his short stature caused his movie career to wind down he returned to radio.

He had short term stints at MGM and RKO, but got regular professional acting work only when he turned to radio. Ladd's rich, deep voice was ideal for that medium and in 1936 he ended up being signed by station KFWB as its sole radio actor. He stayed for three years at KFWB, working as many as twenty shows a week.

Depression and alcoholism contributed to his early death Jan. 29 1964 at age 50.

Owens performed several other voices on the show in addition to the leading character. Roger Ramjet is a super astronaut who fights assorted evildoers with the help of a high- powered “proton” energy pill.

In total 402 radio episodes were produced. 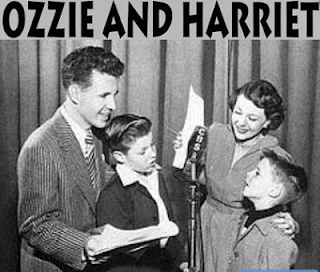 In an arrangement that exemplified the growing pains of American broadcasting, as radio "grew up" into television, the Nelsons' deal with ABC gave the network the option to move their program to television. The struggling network needed proven talent that was not about to defect to the more established and wealthier networks like CBS or NBC. The show moved to TV in 1952. 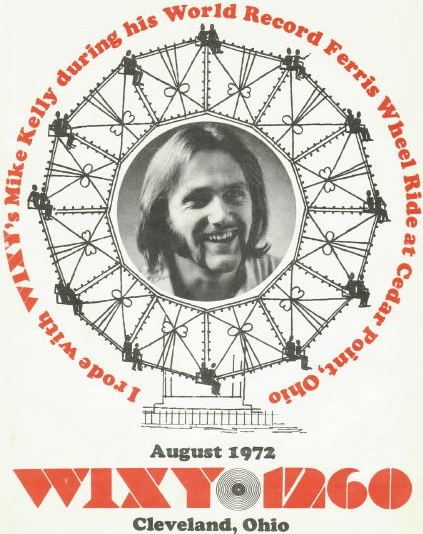 
➦In 1976...The FCC ordered radio station KOIL 1290 AM and sister KEFM in Omaha off the air. Licenses for the two stations, plus WIFE 1300 AM in Indianapolis and KISN in Vancouver Washington were revoked by the FCC on grounds of misconduct by operator Don Burden – board chairman and majority stockholder of Star Broadcasting. It was the FCC’s most severe action to date. Revoking the license meant he couldn't sell his stations.

Burden was charged with a long list of violations, including running phony contests on the air, billing advertisers twice, and giving free airtime to some political candidates.

➦In 1979...Don Imus returned to the air in mornings at 66WNBC NYC.  By this time, Imus had started to use cocaine until he quit in 1983.   In April 1981, Imus renewed his contract with WNBC with a five-year deal worth $500,000 a year with bonuses if he surpassed ratings targets. Following the addition of Howard Stern in afternoons in 1982, he and Imus began a longtime feud though both were paired on WNBC print and television advertisements. 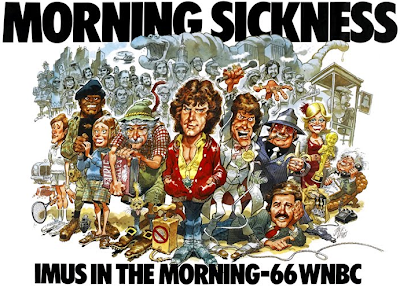 After a stint at WGAR 1220 AM in Cleveland, Ohio, Imus originally moved to NYC and WNBC in December 1971. During this first stint at WNBC, Imus recorded three record albums, two for the RCA Victor label '1200 Hamburgers to Go', including some of his more popular humor from KXOA, WGAR and WNBC broadcasts, and 'One Sacred Chicken to Go with Anthrax', a primarily studio-created album centering on his satirical character, The Right Rev. Dr. Billy Sol Hargis and one for the Bang label.

Imus had been fired from WNBC in August 1977 along with several of the station's other personalities, in an effort to revamp the station's sound and boost ratings. In 1978 he returned to Cleveland radio as afternoon drive host on WHK. During that year, Imus commuted between Cleveland and New York to tape a TV talk show, Imus Plus at WNEW-TV.

➦In 1985...Johnny Marks, who wrote the Christmas classics Rudolph The Red-Nosed Reindeer, Rockin’ Around The Christmas Tree and A Holly Jolly Christmas, died at age 75.

“I can’t think of anyone more influential in this town, and I’ve been here 35 years,” said Ron Gregory, a close friend and former WOWO radio announcer. “I can’t think of anybody who comes close to the impact that Bob Sievers had. It’s definitely the end of an era.”

In the days when the station’s 50,000-watt signal was not competing with the number of stations it does today, Sievers’ voice – and popularity – stretched across the country and around the world.

WOWO listeners could be found in 28 states and even overseas, and Sievers would often receive letters from devoted listeners across oceans, like missionaries in Africa, Gregory said.


➦In 2017...Steely Dan guitarist and co-founder Walter Becker died just four months after being diagnosed with esophageal cancer at age 67.  Together with Donald Fagan in 1971 he formed Steely Dan  and introduced a unique sound in rock, with hits such as “Do it Again” and “Reeling’ in the Years.”