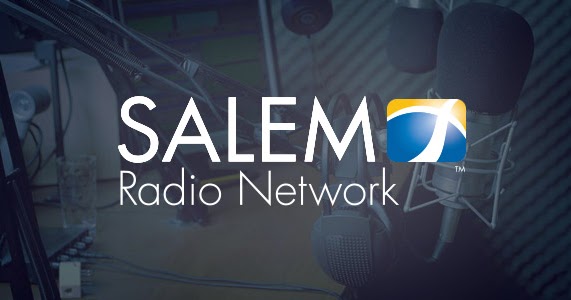 Salem Media Group, Inc. announced Tuesday that Salem Radio Network has signed an agreement with Charlie Kirk to host a daily three hour talk radio program beginning Monday, October 5th. The show will air live in the Noon to 3pm ET daypart and be available to stations either live or tape delayed.

The show will take advantage of Charlie’s unique insights on the breaking news of the day, and help listeners understand what to make of it all. When Charlie was 18 years old he formed Turning Point USA in his parents' garage in the suburbs of Chicago. Today that organization has a presence on over 2,000 campuses, directly engages over 250,000 students every year, and boasts a staff of over 450 full-time and part-time employees scattered across the country, all “playing offense with a sense of urgency to win America’s culture war."

Charlie is a national speaker, political commentator, and champion of America’s conservative grassroots movement. Earlier this year he wrote the book “The MAGA Doctrine: The Only Ideas that Will Win the Future” that became an Amazon #1 best seller as well as a New York Times best seller for multiple weeks.

“I grew up listening to conservative talk radio, so I’m excited to bring a new generation’s voice to the medium and I'm thrilled to work with SRN to do that,” said Charlie. “It’s time to work. The country is in trouble and we have to save it.”

“Rarely do we find somebody as knowledgeable and talented as Charlie Kirk as a potential talk radio host,” said Phil Boyce, Senior Vice President of the Salem Radio Network. “He wants to change the world, and I think he’s the type of talent who can actually do that. It will be a great opportunity to watch him succeed.”

Charlie is the host of one of America’s fastest growing podcasts called “The Charlie Kirk Show,” which in little over a year has quickly become one of the top ten podcasts according to the Apple News charts. His show for Salem will keep the same name.

Salem President of Broadcast Dave Santrella said “Salem is always at its best when we stay in our lane and provide our consumers with the content they find most appealing. Charlie Kirk falls in the very center of that bullseye and I am thrilled to have him on board.”
Posted 2:15:00 AM