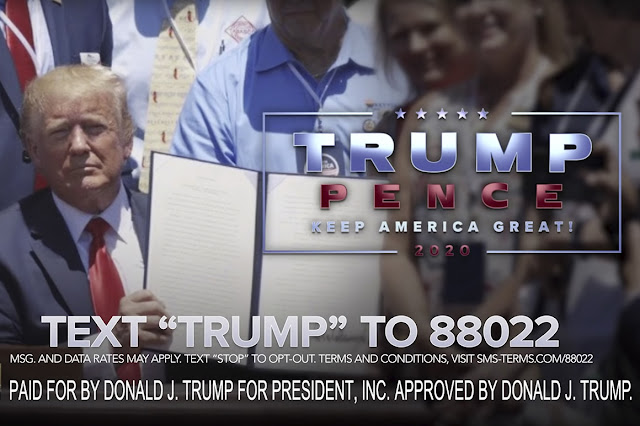 President Donald Trump has pulled most of his advertising from TV over the past week, ceding the airwaves to Democratic rival Joe Biden, who is currently outspending him by more than 10-to-1, reports The Associated Press citing advertising data.

Though Trump has an outsized ability to command national attention, it is unusual for a White House contender to go mostly dark on TV the week after their presidential convention. The election is just over two months away and early voting will begin in September in some states.

The move comes as Trump’s campaign has burned through money almost as fast as it has taken it in. And after Biden drastically narrowed what was once an overwhelming cash advantage enjoyed by the president, campaign officials have acknowledged they were trying to conserve money.

That’s allowed Biden an opportunity to communicate an unfiltered message to voters without competing advertising.

During the month of August, Biden doubled what Trump spent, dropping about $80 million in states that included key battlegrounds such as Wisconsin, Florida, Pennsylvania and Michigan, according to data from the ad tracking firm Kantar/CMAG.

Trump’s limited spending targeted some of those states, but it was also directed to places like Iowa and Montana, which he won handily in 2016. This week he is spending about $1.6 million to Biden’s $18.3 million. Most of Trump’s ads are placed on Fox News Channel and CNN, as well as a smattering that will run in New Mexico and Washington, D.C., the data shows.

Trump spokesman Jason Miller said Monday that the campaign will be going back up on the air this week. Yet data from Kantar/CMAG shows it does not have an increase in advertising booked until Sept. 8.
Posted 2:01:00 AM