The Mentoring and Inspiring Women in Radio (MIW) Group has announced Angela Yee, co-host of the nationally syndicated “The Breakfast Club,“ morning show as the recipient of the 2020 MIW Airblazer Award.

Now in its 6th year, the MIW Airblazer Award stems from an alliance formed in 2015 between the MIW Group and Talentmasters Morning Show Bootcamp (MSBC). It is an honor bestowed annually to a deserving on-air personality in radio broadcasting. The 2020 Airblazer Award will be presented to Yee September 24th during the 32nd Annual MSBC which will be held virtually this year. To register for MSBC visit: http://www.morningshowbootcamp.com

Throughout her career, Angela’s talent has impacted the fashion and music industry. She spent 5 years working with startups and clothing brands including the launch of Eminem’s line “Shady LTD.” Her love for radio eventually led her to Sirius XM Satellite Radio where she co-hosted shows; the Cipha Sounds Effect Morning Show, Lip Service weekly nighttime show, and her own morning show “The Morning After with Angela Yee.” After six years at Sirius XM, Yee joined The Breakfast Club Morning Show on New York City’s Power 105.1 which has now been the number one radio program in “The Source” Power 30 issue for 5 years in a row.

Yee has also received a WEEN Mission Award, the Shirley Chisholm Woman of Distinction Award, the Vice-Chancellor’s Achievement Award for the American Foundation for the University of the West Indies (AFUWI), a Gracie Award for National Radio Host/Personality, a Gracie Award for her Lip Service podcast, a Spirit of Detroit Award, and was awarded her own Angela Yee Day in NYC by Mayor Bill DeBlasio. Angela has appeared as herself on 3 episodes of the hit Fox TV series “Empire,” and hosted a 4-season limited run of State Farm’s “Color Full Lives” podcast.

“Angela Yee puts the blaze in Airblazer. The path she's created is empowering not only for women currently in the industry but also for the next generation of girls that recognize her vision, authenticity, and leadership. Her work and enthusiasm in and out of radio are truly inspiring. We so admire Angela for all that she does for radio and  Don Anthony for his consistent focus and celebration of the Airblazers,”  remarked MIW Group Spokeswoman, Ruth Presslaff. 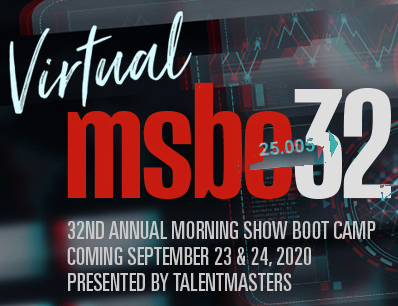 Last year’s honoree, longtime co-host of “The Kidd Kraddick Morning Show,” Kellie Raspberry who, like previous recipients, was charged with selecting the following year's recipient said, “It is my honor to choose Angela Yee as the next recipient of the Airblazer Award. To read her list of accomplishments is mind-blowing. From her early days in marketing to her astronomical success with The Breakfast Club, Angela’s resume reads more like a “How To” guide for women in radio. And as much as I admire her professional accomplishments, I love that Angela uses her voice to highlight causes for women, children, and health. For any young woman — or young man, for that matter! — who asks me about pursuing a career in radio, I tell them to google Angela Yee. Radio is lucky to have her. For her passion, her professionalism, her philanthropy, and her pure hustle, not only do I believe Angela deserves the Airblazer Award, I believe it should be named after her!"

“It is the greatest honor to be among the company of women who are leading the way in not just radio but also public service. 2020 has been a challenging year for so many people, and the most important task we have on the radio every day is to inspire, support, and prepare the next generation. Thank you to the MIW Group and Talentmasters Morning Show Bootcamp, and special love and gratitude to the Airblazers before me: Kellie Rasberry (2019), Mercedes Martinez (2018), Roula Christie (2017), Angie Martinez (2016), and Ellen K (2015). I love how intentional and thoughtful you are every day on and off the air, and the impression you have on young women who follow you. Every morning I wake up super early because I care about our listeners and our humanity more than anything else. When a person recounts how some advice I gave, a story I reported, or an interview on The Breakfast Club impacted them, it really resonates with me. I am beyond blessed to have this platform and this family of strong women who are evolving with me. One rule I have is to constantly improve myself, and the 2020 MIW Airblazer Award makes me feel like in the midst of this 2020 chaos I have achieved that. I am so grateful!”
Posted 1:09:00 AM