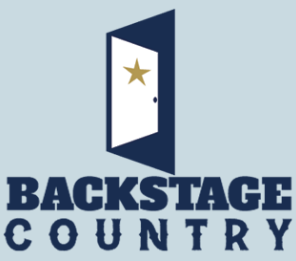 He joins the program’s staff effective immediately, and in his new role, Kulp will oversee the research and writing of the program as well as directing the talent during their hosting sessions. This move brings a seasoned creative executive to the United Stations team. The announcement of this appointment comes from the company’s EVP/Programming, Andy Denemark based in New York.

Adrian Kulp arrives at “Backstage Country” following his recent role as Senior Executive Producer of the internationally syndicated Ty Bentli Show, a country music morning show that was produced and distributed by Cumulus Media/Westwood One.

Earlier in his career and for almost a decade, Adrian Kulp worked as a television executive for Adam Sandler at Happy Madison Productions. He also booked the comedians on the Late Late Show with Craig Ferguson providing dozens of comics with their first national TV exposure. Soon after, he became the VP of Development for Chelsea Handler’s Borderline Amazing Productions, and he also served as a Senior Story Producer for the highly acclaimed reality series “Modern Dads” for A&E Networks. When Adrian’s daughter was ten weeks old, he became an unexpected, full-time stay-at-home dad, and he began writing about his journey on his popular blog, Dad or Alive. His first book, a comedic memoir based on his blog, sold to Penguin Publishing. He has since published a best-selling parenting trilogy as well as the newly released World’s Greatest Dad Jokes. Kulp currently lives in Nashville, Tennessee with his wife, a reality TV producer, and four young children. He can be reached at adriankulp@gmail.com.

Backstage Country will give listeners and affiliates an insider’s look at Country music as it will be hosted by the stars of Country Music. Each Country artist who serves as host for the program will do so for an entire Monday through Friday week, and each will have an opportunity to share their unique perspective on music, touring, events, the media and any other topic that inspires or matters to them as influencers and creators. The show, which kicks off the week of September 14th, has lined up Tim McGraw, Kelsea Ballerini, Darius Rucker, Justin Moore and Jason Aldean as guest-hosts for its first five weeks of programming.

All seven (7) Beasley-owned Country stations are on board as flagship affiliates for the launch.
Posted 1:20:00 AM