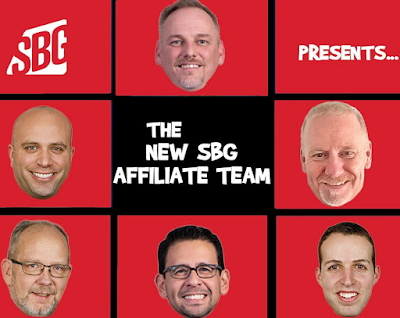 Sun Broadcast Group has announced Tuesday that they have expanded and restructured their Affiliate Relations team.

Following the acquisition of Envision Radio Networks and after debuting the new all-female marketing team earlier this month, SBG is excited and proud to introduce its NEW affiliate team structure focusing on regional territories to better serve each market and station across the country.

“This is by far the most experienced affiliate team I have ever assembled in my 35 years of network radio and syndication,” stated SBG’s Chief Development Officer, Danno Wolkoff. “Led by Rich O’Brien, SBG’s affiliate managers now have all the tools and resources to help radio stations with any of their programming and service needs.”
Posted 1:05:00 AM