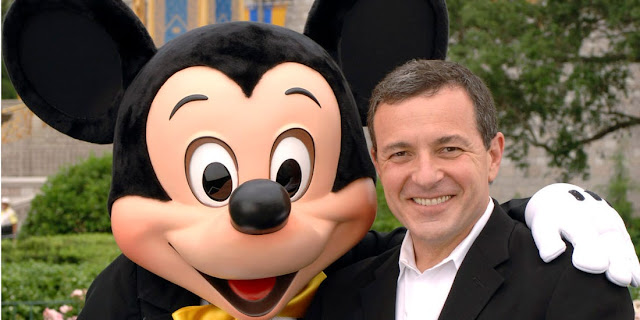 Bob Iger, who has become synonymous with Disney over the last 15 years, stepped down as chief executive of the Mouse House on Tuesday in an abrupt departure that is raising eyebrows from Wall Street to Hollywood, reports The NY Post.

Disney said Iger, 69, has taken on a new title of executive chairman and will help lead the company’s creative endeavors until his contract runs out at the end of 2021. Bob Chapek, the 60-year-old head of Disney’s parks and products division, was named the new CEO.

The suddenness of Iger’s departure from the media empire he helped build sent Disney’s shares down 2.4 percent in after-hours trading to $125.14 as investors tried to digest the company that owns ABC, Mickey Mouse, Pixar and Marvel without Iger.

“I just can’t comprehend it,” said Rich Greenfield, an analyst at LightShed Partners. “This to me is just odd. The timing in the midst of everything is just odd.”

Greenfield said he’s concerned that Disney has named Chapek, the head of Disney’s parks, as CEO at a time when it’s seeking to transform its entertainment business to a streaming model to compete with Netflix.

“It seems strange to spend two years talking about how the focus is winning in streaming and to choose someone who does not have experience in streaming,” Greenfield said.

The suddenness of the announcement also contrasts with Disney’s past promises to provide investors and employees with a carefully laid out succession plan, watchers said.

In a conference call with analysts, Iger explained the sudden move by saying he wanted to allow Chapek time to get a handle on all aspects of the company before he steps away for good, according to The L-A Times.  In the last 12 months, Disney has become an even bigger behemoth with the $71.3-billion purchase of the Fox assets, as well as the high-profile debut of Disney+, which is Disney’s all-in bet on subscription video services.
Posted 1:58:00 AM