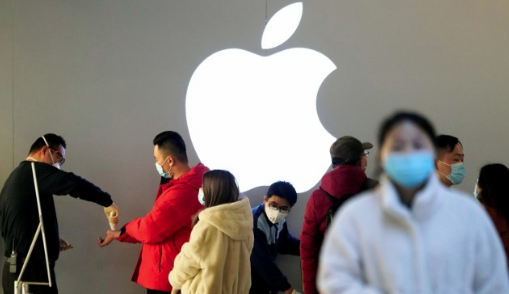 Apple Inc. Chief Executive Officer Tim Cook called the coronavirus outbreak a “challenge” for the iPhone maker during a pep talk for shareholders at the company’s annual meeting, The L-A Times reports.

The effects of the virus, which have closed factories and stores throughout China, pose significant issues for the technology giant. Apple produces hundreds of millions of devices each year in China. Earlier this month, the company said it wouldn’t meet its revenue forecast of more than $63 billion for the current quarter, citing iPhone supply constraints and lost retail sales in China.

Apple has since reopened about 30 of its 42 stores in China. Suppliers and mass assembly partners are also slowly coming back up to speed, but some analysts have said the fallout could spill into the quarter ending in June.

In prepared remarks Wednesday at Apple’s shareholder meeting in Cupertino, Calif., Cook said annual revenue from wearables such as the AirPods and Apple Watch compares with that of Marriott International Inc. plus Visa Inc. -- more than $40 billion. Apple reported $10 billion in fiscal first-quarter revenue for its wearables, home and accessories unit.

Answering questions from the audience, Cook said for the first time Apple would open its online store in India this year, with the first retail stores opening in the country in 2021.

He also made his first public comments about the company’s rejection of the U.S. government’s request to unlock iPhones belonging to the shooter behind the December 2019 attack that killed three people in Pensacola, Fla. “Don’t think we have something that we’re not giving,” he said, adding that Apple wouldn’t create a back door to break into its devices.

A proposal that would have held Apple more accountable for the information it gives to the Chinese government narrowly failed to pass.

The shareholder proposal would have required Apple to disclose its policies on freedom of expression and access to information, as well as provide details on the actions Apple has taken in the last year to respond to government requests that limit free expression.

The measure garnered significant support, with 59.4% of shareholders voting against it and 40.6% voting for it.