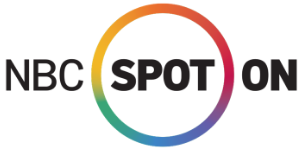 Comcast Corp.’s NBCUniversal is launching a new streaming advertising business for its local TV stations group as viewers and advertisers continue to shift to internet-connected programming.

The Wall Street Journal reports the new business, called NBC Spot On, is a part of NBCUniversal Owned Television Stations, which includes 42 NBC and Telemundo local stations and their subsidiary digital businesses in 33 markets, a regional news network and other TV and digital businesses. Together, the local TV stations are available in 38% of U.S. homes and Puerto Rico, according to the group.

The launch of Spot On comes as NBCUniversal’s local TV stations saw advertisers shifting part of their budgets out of the local spot TV advertising market and into streaming TV, said Frank Comerford, chief revenue officer and president of commercial operations for NBCUniversal Owned Television Stations.

Ad agencies have shifted as much as 10% of their local TV budgets to local streaming TV, Mr. Comerford said. That doesn’t include advertising by local businesses buying directly.

“We don’t want to just compete for our share of a declining pie,” Mr. Comerford said. “We want to make sure we are able to cover the total local marketplace.”

Local advertising inventory offered by NBC Spot On will cover every regional market in the U.S., said Shawn Makhijani, senior vice president of NBC Spot On and business development and strategy for the owned stations division. It will include streaming commercial time on NBCUniversal’s own apps as well as inventory purchased from other video programmers on other streaming apps, channels and services. In total, the company said it would offer hundreds of millions of monthly impressions.

The TV stations group won’t be selling any inventory on Peacock, NBCUniversal’s coming streaming service, in its first year because its ad time is already sold out, said a person familiar with the matter.

Local advertising spending in streaming TV platforms will reach $1.06 billion in 2020, according to market research firm BIA Advisory Services. That number is expected to double to $2.13 billion by 2024, though it remains a fraction of the $161.3 billion that is expected to go toward all forms of traditional and digital local advertising in 2020, according to the firm.
Posted 1:21:00 AM