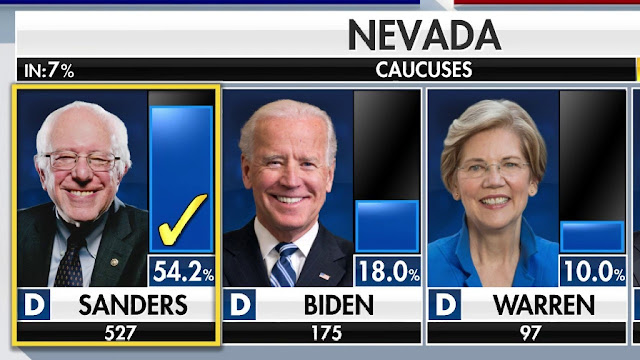 MSNBC's Chris Matthews is under fire after comparing Sen. Bernie Sanders's (I-Vt.) decisive win in the Nevada caucuses to the Nazi invasion of France in 1940, with some on social media calling for the "Hardball" host to resign, reports The Hill.


"I was reading last night about the fall of France in the summer of 1940," Matthews said during MSNBC's live coverage of the caucuses on Saturday. "And the general, Reynaud, calls up Churchill and says, 'It's over.' And Churchill says, 'How can that be? You've got the greatest army in Europe. How can it be over?' He said, 'It's over.'"

Criticism quickly poured in on social media over Matthews using the analogy. Sanders, who is Jewish, had most of his family killed in the Holocaust.

One such response came from Mike Casca, who serves as Sanders's 2020 communications director.


never thought part of my job would be pleading with a national news network to stop likening the campaign of a jewish presidential candidate whose family was wiped out by the nazis to the third reich.

For once, I'm not being sarcastic here. I'm dead serious.

I'm really, really insulted by a major pundit on an allegedly liberal news network comparing a Jewish candidate's overwhelming caucus victory to the French losing a battle with the Nazis.

.@HardballChris just compared Bernie Sanders and his movement to Hitler and the Nazis on national television.

Sanders, who is Jewish and lost family in the Holocaust, is on track to be the nation's first Jewish president.

Enough with this. Matthews should not be on the air. https://t.co/TBC9bOmdfa
— Walker Bragman (@WalkerBragman) February 22, 2020