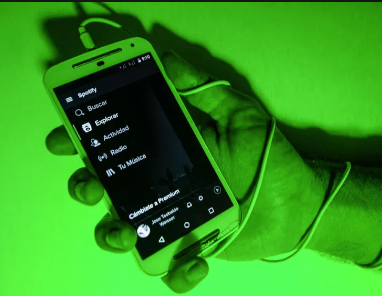 Former YouTube exec Rachel Whitney announced Thursday that she’s joining Spotify as the Head of Editorial for Nashville. Rolling Stone reports she joins Brittany Schaffer, meaning that the streaming platform — whose Chief Content Officer Dawn Ostroff and Co-Head of Music Marian Dicus are both female — now has two women at the helm of its Nashville office.

The new presence of both Schaffer and Whitney to head up Spotify’s Nashville office will be closely watched by the country music industry — especially because digital streams have proven much more integral to the growth of new artists than terrestrial radio play, which has seen a sharp decline in advertising spend and cultural attention.

Less than 20% of country artists heard on the radio are female, according to a 2019 study published by Dr. Stacy L. Smith and the USC Annenberg Inclusion Initiative. Out of a total of 816 country artists, the ratio of males to females is 5.2 to 1. Up until the mid-2010s, when streaming really started to hit its stride, terrestrial radio was largely looked at as the way in which average consumers discover music. And, to this day, terrestrial radio is treated as a man’s sport. Of the 70 country radio program directors — the people who have final say in what gets played on AM/FM stations — listed in Mediabase’s Top 50 U.S. airplay markets, based on current panel reports, 11.27% are female.

If radio has served as the main platform for music consumption and discovery for as long as it has, it’s no wonder why less than 20% of nominees in the ACM Awards Entertainer of the Year category have been female in the last five years — and in some years, zero percent.

According to Rolling Stone,  the country community as a whole has been slower to accept streaming into their daily lives, when compared to genres like pop and hip-hop. More people listen to country radio than any other format. However, growth is happening and it’s hard to believe that streaming won’t become the main method of country consumption in the future. Streaming of country music grew 36% in the United States from 2018 to 2019, according a MRC Data/Nielsen Music report. Moreover, 54% of American Country Radio P1 listeners now report streaming everyday via services like Pandora, Spotify, or Apple Music.
Posted 1:55:00 AM