The Federal Communications Commission is seeking hundreds of millions of dollars in fines from the country’s top cellphone carriers after officials found the companies failed to safeguard information about customers’ real-time locations, according to people familiar with the matter.

The Wall Street Journal reports the telecommunications regulator in recent weeks informed AT&T Inc., Sprint Corp., T-Mobile US Inc. and Verizon Communications Inc. of pending notices of apparent liability, the people said. Such notices aren’t final, and the companies can still argue they aren’t liable or should pay less. It would ultimately fall on the U.S. Justice Department to collect any penalties. 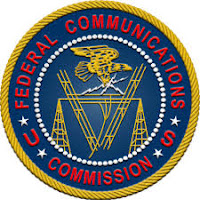 The proposed fines, which could total more than $200 million, are expected to be announced Friday, one of the people said. Last month, FCC chairman Ajit Pai notified members of Congress that an agency investigation had concluded that “one or more” carriers had apparently violated federal law by disclosing real-time location data.

The FCC moved after some of the carriers had continued sharing their subscribers’ coordinates even after they told members of Congress they were cutting off the middlemen companies from using their data feeds. Verizon has said it stopped sharing cellular location data in 2018. AT&T and T-Mobile said in early 2019 that they were cutting off some location data sharing.

The top U.S. wireless providers agreed to curb their data sharing after independent reporting found data aggregators were misusing feeds that provided subscribers’ real-time locations. Upon request, the carriers would pinpoint specific subscribers and share the result with middlemen companies, which then shared the information with hundreds of other businesses.

Some privacy advocates criticized the FCC action as overdue.
Posted 1:48:00 AM