AT&T Inc. lost nearly one million pay-TV customers in the second quarter as cord-cutting continued to take its toll, while the company’s wireless and media businesses helped to offset the losses.

According to The Wall Street Journal, the Dallas company posted a net loss of 778,000 “premium video” subscribers, most of whom subscribe to DirecTV, and shed 168,000 streaming DirecTV Now accounts. Chief Executive Randall Stephenson earlier this year told investors the company expects to keep losing pay-TV customers through 2019 as it cut backs on promotions.

Revenue in the company’s television unit fell slightly to $11.4 billion in the latest quarter, but the division’s profits improved from a year ago. Overall, the company had $45 billion in second-quarter revenue, boosted by the addition of Time Warner, owner of HBO, Warner Bros. and cable channels such as CNN. The Time Warner business, renamed WarnerMedia, had quarterly revenue of $8.4 billion. 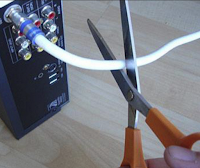 Overall, AT&T posted a second-quarter profit of $3.7 billion, or 51 cents a share, down from $5.1 billion or 81 cents a share, a year earlier. The lower profit included asset sales, prior-year merger and integration costs and other accounting changes in both quarters. On an adjusted basis, AT&T said it had a profit of 89 cents.

AT&T’s Time Warner acquisition last year pushed its net debtload above $180 billion, prompting executives to spend much of 2019 reducing the company’s obligations. The sale of AT&T’s stake in Hulu and the sale and lease-back of the media unit’s new Manhattan headquarters earlier this year gave it a cash jolt.

AT&T has spent heavily to expand into media, but the company’s wireless business remains its profit engine. The business, including consumer and business accounts, generated more than half of the $15 billion of quarterly adjusted earnings before interest, taxes, depreciation and amortization. AT&T has benefited from less generous promotions in the wireless market and used tie-in deals with HBO and other media offerings to keep its cellphone customers from leaving.
Posted 8:04:00 AM