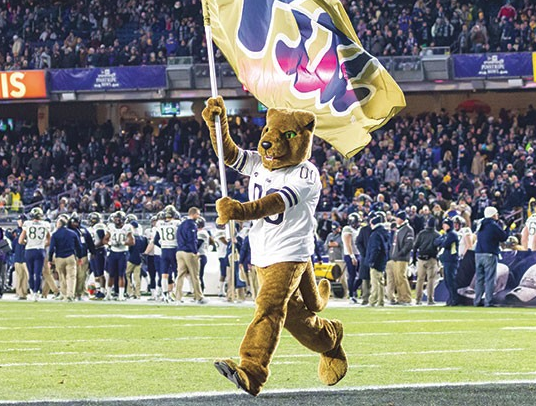 “With Heather Lyke’s [Director of Athletics, University of Pittsburgh] vision, the future of the Pitt Athletic Department is extremely exciting and we are thrilled to be able to bring every moment of it to alumni and fans,” said Michael Spacciapolli, Senior Vice President and Market Manager, Entercom Pittsburgh. “Through the growth of our partnership, Panther fans will get coverage and insight year-round that they have never had before.”

“Entercom Pittsburgh has been an outstanding partner for Pitt Athletics and our new agreement reflects the exciting collaborations we will be launching this fall,” said Lyke. “In addition to football and basketball game broadcasts, we are especially enthusiastic about new supplementary programing that will put a spotlight on the entire Pitt sports scene. The Panthers will receive unprecedented coverage on 93.7 The Fan as well as on Entercom’s three additional Pittsburgh stations. This partnership is a huge win for Pitt fans who will enjoy comprehensive coverage 12 months a year.”

“We are thrilled to continue the long-standing relationship between Pitt Athletics and Entercom,” said Laila Brock, Vice President, Sponsorship Sales & Operations, Pitt Sports Marketing. “Our collective goal is to continue to enhance the strong Pitt Athletics brand and the Entercom partnership is an integral component to our success.”

93.7 The Fan has provided play-by-play coverage for both teams since the 2010-11 season. For the first time in the decade-long partnership, game broadcasts, which include pregame, halftime and postgame shows, will be entirely produced locally by 93.7 The Fan. 93.7 The Fan will air a two-hour football pregame show and a one-hour “Panther Reaction” postgame call-in show. The station will also feature one hour of pregame basketball programing, including a 30-minute “Poni and Page Show,” featuring 93.7 The Fan afternoon show co-host Andrew Fillipponi and former Panthers basketball star Julius Page.

In addition to game broadcasts, the new agreement will include the launch of two new Pitt-centric shows beginning this fall: “The Panther Insider Show,” a weekly program that will air on 93.7 The Fan, and “The Heather Lyke Show,” a weekly show on News Radio 1020 KDKA featuring the school’s director of athletics. The agreement also includes the continuation of weekly in-season shows featuring football coach Pat Narduzzi and men’s basketball coach Jeff Capel III.

The partnership between Entercom and the University of Pittsburgh was facilitated through Pitt’s official corporate partnership and multimedia rights partner, JMI Sports, operating locally as Pitt Sports Marketing. JMI Sports works to maximize the value of Pitt’s varied multimedia assets, including radio and television broadcasts.
Posted 9:55:00 AM