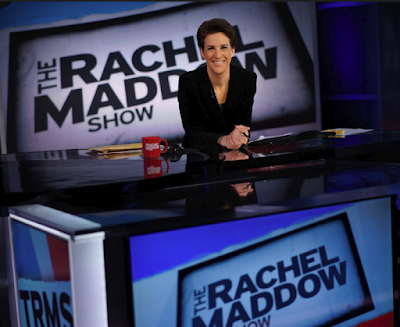 Ex-MSNBC host Krystal Ball blasted her former network as “not journalism” and singled out "The Rachel Maddow Show" on Thursday for floating wild “Russian conspiracy theories” that blew up during former Special Counsel Robert Mueller's testimony, according to Fox News.

Mueller's testimony before two House committees Wednesday was largely considered a “disaster” for Democrats and opponents of President Trump despite MSNBC pushing the collusion narrative. Ball -- who now hosts The Hill newspaper's “Rising” --  said on her show she did not mean anything personal when she asked, “Just how much damage has MSNBC, in particular, done to the left?”

The former MSNBC host said “nearly all” of her former colleagues got “swept up in the ratings bubble that was feverish, Russian conspiracy theories” and singled out some anchors she said took things overboard.

“Rachel Maddow, you’ve got some explaining to do,” Ball said before saying that there was a “damning set of facts” related to the Russian probe.

“But, it does not feel like a damning set of facts when, for months, MSNBC built segment after segment, show after show, on building anticipation for a big reveal,” Ball said.

Maddow has dedicated substantial airtime since Trump’s victory over Hillary Clinton in 2016 to speculating on whether or not Trump colluded with Russia. As a result, her critics have labeled her a conspiracy theorist and viewers turned away in droves when Attorney General Bill Barr's letter initially summarizing Special Counsel Robert Mueller’s report indicated that a Trump campaign-Russia conspiracy didn’t exist.

The New York Times, which is often criticized for leaning left itself, won’t even allow its reporters on Maddow’s program because she’s considered too liberal even for them.

Ball also mocked the far-left network for allowing New York magazine’s Jonathan Chait to explain a bizarre conspiracy theory that Trump has been a Russian asset since the 1980s.

“Seriously, this is not journalism,” Ball said. “CNN and many other outlets are also clearly not blameless in this hype machine.”

Ball said she singled out her former employer because “they were certainly the worst mainstream offenders” and the entire ordeal has damaged the chances of a Democrat winning the 2020 election.
Posted 1:44:00 AM