Together, CapRadio and NSPR are evaluating opportunities with the goal of strengthening mission-based public radio services provided to listeners. Both stations are affiliated with California State Universities: CapRadio licensed to Sacramento State, and NSPR to Chico State. 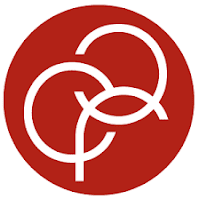 The stations have hired Colorado-based Public Media Company, a nonprofit consulting firm whose mission is to foster sustainable and innovative public media growth. The opportunity under evaluation and consideration is a Public Service Operating Agreement (PSOA), which would formalize the cost sharing for programming, engineering, management and other services. CapRadio already operates a PSOA with Sacramento State to manage other public radio stations.

“As CapRadio enters an exciting chapter in its evolution with our future downtown Sacramento headquarters and community engagement space, we’re excited to explore a partnership with NSPR and Chico State,” President and CEO Rick Eytcheson said.

The potential partnership between CapRadio and NSPR would build on a longstanding relationship, which recently includes collaborating on California wildfire coverage. NSPR also works with CapRadio on an ongoing basis as an affiliate of the Capital Public Radio Network (CPRN), which provides coverage of state government in Sacramento to public radio stations throughout California, Oregon and Western Nevada. In addition to CPRN, CapRadio broadcasts a weekday public affairs show, Insight; creates and airs the documentary and community engagement series, The View From Here; and features dozens of locally hosted music shows and podcasts. 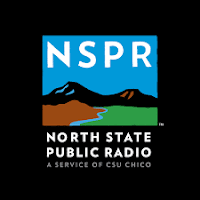 NSPR General Manager Phil Wilke said the business and programming model being studied would bolster his small newsroom by hiring more reporters and drawing on the considerable resources of CapRadio. In turn, CapRadio would have greater access to news coverage of California’s northernmost counties.

“A good partnership for NSPR would put more journalists on the ground in the communities we serve and provide a sustainable business model to ensure that NSPR remains a vibrant and vital public service to the North State, providing comprehensive and critical coverage to our listeners for decades to come,” he said.

The ongoing study will take approximately three months. Reports and conclusions will be presented to the respective radio station’s governing bodies.
Posted 1:08:00 AM