Chessare will lead the local media team in Princeton, which includes market leader CHR WPST 94.5 FM, Sports WNJE 920 AM The Jersey, and Inspiration WCHR 1040 AM. He will report to Townsquare Senior Vice President Rob Williams.

“Steve Chessare is among the most talented media executives I have worked with,” said Rob Williams. “He has led some of the biggest brands in our industry and has an extraordinary ability to build winning teams that deliver consistently strong results for our clients.” 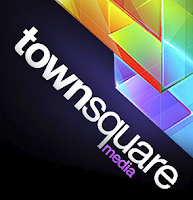 “I am extremely excited to be joining the Townsquare team in Princeton and the iconic WPST brand,” said Steve Chessare. “I’ve watched closely over the past few years how Erik Hellum and Rob Williams have attracted some of the best talent in media, many of whom I have worked with before. I’m looking forward to being a part of one of the most innovative media companies in the nation.”

Townsquare COO – Local Media, Erik Hellum added, ““With our “Local First” focus, Townsquare hires great Market Presidents for every single one of our markets, rather than splitting responsibilities across markets. Given that, I am thrilled that an incredible leader like Steve has joined the Townsquare team to run our Princeton market. One of America’s best CHR’s, WPST, is in great hands!”

Prior to joining Townsquare, Mr. Chessare held senior management positions at Greater Media, Westwood One, and Clear Channel Radio where he led the perennial top-billing station in the industry, WLTW-FM, in New York City.
Posted 9:39:00 AM