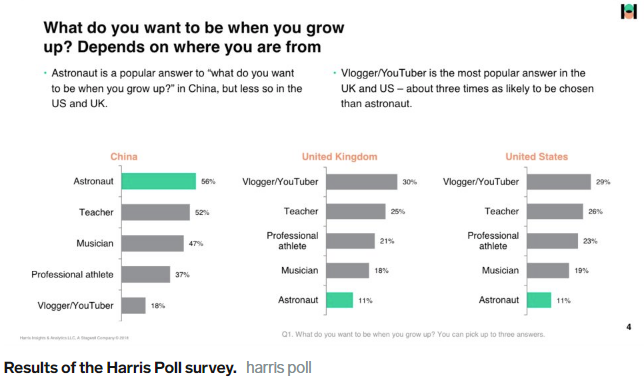 Kids in a recent survey were much more likely to aspire to be the next YouTube star rather than the next person in space.

The survey, conducted by Harris Poll on behalf of Lego, found that children in the US and the United Kingdom were three times as likely to want to be YouTubers or vloggers as astronauts when they grow up.

The nonprobability online survey was conducted in honor of the 50th anniversary of the first manned moon landing. The poll surveyed 3,000 kids, ages 8 to 12, divided evenly among the US, the UK, and China.
Posted 1:01:00 AM