Most Americans recognize Comcast Corp. as the nation’s largest cable-TV provider. But the reality is that after almost a decade of big acquisitions — NBCUniversal and Europe’s Sky — and blistering subscriber gains at Xfinity Internet, Comcast’s U.S. cable-television now comprises just 21% of its global corporate revenue.

That incredibly shrinking cable-TV business was a big takeaway from Comcast’s second-quarter earnings performance on Thursday, when the company’s revenues rose 23.6% to $26.9 billion, mostly because of the contribution of Sky. Comcast acquired the European company for $40 billion in late 2018. Net income fell 3% to $3.1 billion. 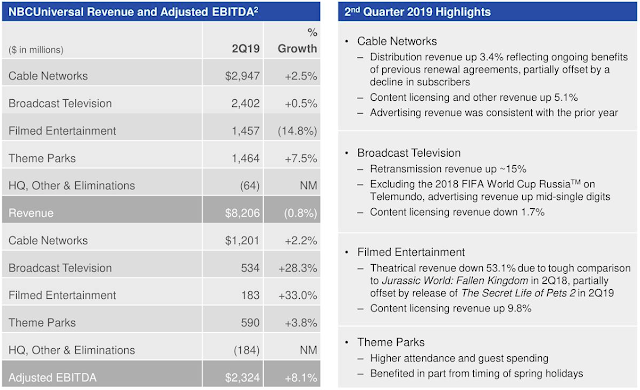 The Philadelphia Inquirer quotes telecom analyst Craig Moffett of the MoffettNathanson firm in New York City: “If the first thing you think of when you think of Comcast is ‘cable TV,’ then think again. The truth is, cable video is a nothing more sideshow now. Comcast is an [internet service provider] attached to a media and theme parks company.”