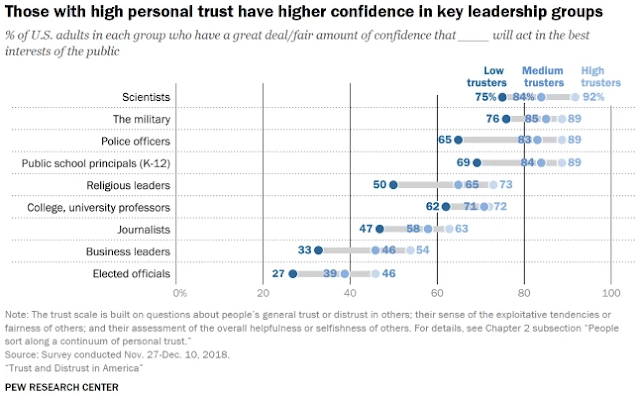 A new survey out Monday showed that there's growing mistrust among Americans of institutions and of each other, with distrust highest about government and political leaders.

The Pew Research Center poll found: 69 percent of Americans said the federal government intentionally withholds important information from the public; nearly two-thirds said it's hard to tell the difference between what's true and what's not when they hear elected officials; 61 percent said the news media intentionally ignores important stories; and almost half said it's hard to tell what's true and what's not about information they see on social media.

The survey also found declining trust among Americans, with 64 percent saying they believe trust in each other has fallen, and 58 percent saying it's very important to reverse that. 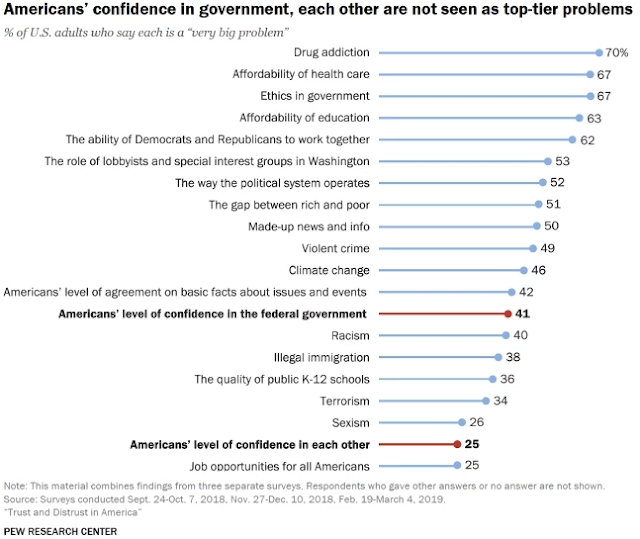 Pew's head of internet and technology research, Lee Rainie, said, "Americans are worried that distrust in the government and in others is taking a toll on the nation. They believe that distrust gets in the way of solving some pressing problems, that it flows from a broken political culture and that it keeps neighbors apart."

But Rainie also said Americans had a lot of ideas about how to increase trust, including reducing political partisanship, reorienting the news, and creating community projects in which people can work together.
Posted 4:45:00 AM