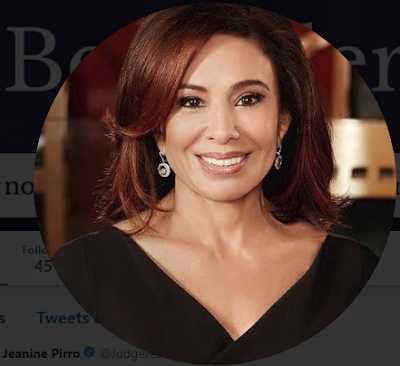 Fox News on Sunday night denounced remarks by host Jeanine Pirro this weekend suggesting that Rep. Ilhan Omar supports Sharia law in defiance of the U.S. Constitution because she wears a hijab.

“We strongly condemn Jeanine Pirro’s comments about Rep. Ilhan Omar," the network said in a statement. "They do not reflect those of the network and we have addressed the matter with her directly.”

According to Politico, Pirro's comments came on her weekly broadcast Saturday during a segment criticizing Omar, whose recent statements about Israel have provoked bipartisan repudiation and a House resolution condemning bigotry. Omar (D-Minn.) in 2018 became one of the first two Muslim women elected to Congress, along with Rep. Rashida Tlaib (D-Mich.).

“She’s not getting this anti-Israel sentiment doctrine from the Democrat Party. So if it’s not rooted in the party, where is she getting it from?” Pirro said. “Think about it. Omar wears a hijab, which according to the Quran 33:59 tells women to cover so they won’t get molested.

Pirro did not apologize in a statement Sunday night, insisting: "I did not call Rep. Omar un-American."

She added: "My intention was to ask a question and start a debate, but of course because one is Muslim does not mean you don’t support the Constitution. I invite Rep. Omar to come on my show any time to discuss all of the important issues facing America today.”
Posted 1:59:00 AM