What Podcasting Can Teach Radio

I’m often asked what the difference is between podcasting and radio, since I’m increasingly straddling both industries.

I was at Podfest, a podcasting conference in Orlando FL, last week. The conference, sponsored by Himalaya, had over a thousand podcasters in attendance.

Every month, a third of all US adults listen to podcasting, according to a Edison Research study just released; and podcasting is clearly growing and thriving. Yet, podcasters are very aware that there is plenty of space to grow.

Podcasting faces many changes - not least, the lumbering giant of Spotify, who have decided that podcasting is their new focus, and an increasingly sleepy Apple who appear to have given up on innovation.

Yet, there’s overwhelmingly a feeling of comradeship in podcasting. Different companies talk together, with one aim: to help everyone increase the medium. A rising tide gathers all ships, as they say. 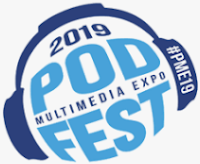 By and large, podcasters speak with one voice - keen to promote the medium and happy to share tips for stuff that works. Some of the information shared at Podfest would have been worth many thousands of pounds of consultancy time: yet there it was, available to anyone who paid their ticket and walked into the room.

The apparent small size of the industry is often used, by radio, to denigrate it. But, the oft-quoted figure of $314M that podcasting earnt in 2017 is misleading: because that’s US ad revenue (from the larger agencies) only. Podcasting earns from all kinds of other activities too: from live shows to Patreon subscription and donations.

Podcasting has lots to teach radio - revenue diversification, for one: particularly beneficial as audiences tire of long advertising stopsets. But podcasting could also teach radio to speak with one voice.

Radio has unprecedented competition: yet, the radio industry continues to fail to work together. We offer a complicated view of our business to advertisers, auto manufacturers, or even receiver manufacturers. We invest headlong in our own poor apps instead of invest in a better one for the industry. We don’t call out the press when they post another lazy Buggles headline.

At Podfest, I didn’t see any radio broadcasters. Which was a shame: because, radio, you’ve no idea what you’re missing.