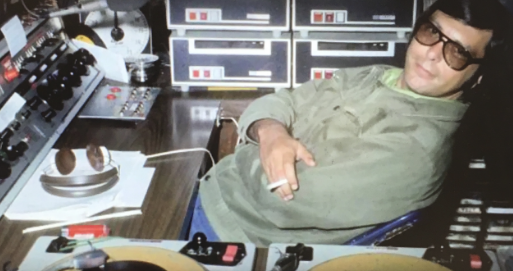 But his extended family — a category that includes just about everybody in the Mid-South who watched television or listened to the radio from the 1960s through the 1990s — knew him by a simpler, more dramatic and romantic name: Johnny Dark.

According to The Commercial Appeal, Dark — the radio disc jockey and future television broadcaster who introduced the Beatles in concert at the Mid-South Coliseum and was an integral part of the promotion of Memphis 1960s rock and soul — died Monday at Methodist Hospital, after suffering a stroke four days after heart surgery. He was 75.

Dark had been in frequent poor health since the almost on-air 1993 New Year's Eve heart attack that ended his broadcast career and placed him in premature retirement. During the past 25 years, he underwent nine bypass heart surgeries, according to his wife of 54 years, Cynthia Dougherty. At the time of his death, he was a three-times-a-week dialysis patient, due to a past surgery for kidney cancer.

In the early 1960s, he reinvented himself as "Johnny Dark" for his first job as a radio disc jockey at WGMN in Millington, Tennessee. With his quick wit and snappy patter, he quickly became one of the region's more popular deejays, eventually making the leap to Memphis' WMPS.

As a WMPS star, he introduced the Beatles for the British band's evening performance on Aug. 16, 1966, at the Mid-South Coliseum. This was the infamous "cherry bomb" concert in which an explosive firecracker tossed on stage caused band members to think some crazed concertgoer had made good on the threats of violence that followed John Lennon's comment that the band was "more popular than Jesus."

Other acts introduced by Mr. Dark over the years, in Memphis and elsewhere, included the Beach Boys, the Supremes, the Rolling Stones, the Doors and Moms Mabley.


Using the the name 'Dude Walker', Dark also had stints in Louisville, Toronto, Chicago, Chattanooga and Los Angeles before he returned to Memphis in 1980. He returned at the request of Sam Phillips, to be program manager and on-air personality on Phillips' country station, WLVS. He later worked as morning weather reporter for another Memphis country station, KIX-106.

Mr. Dark soon became known for his face as well as his voice. In 1982, he was hired to be the morning weatherman on WREG-TV Channel 3. Eventually, he became the station's chief weather reporter, and then moved to sports, which he preferred.
Posted 1:01:00 AM