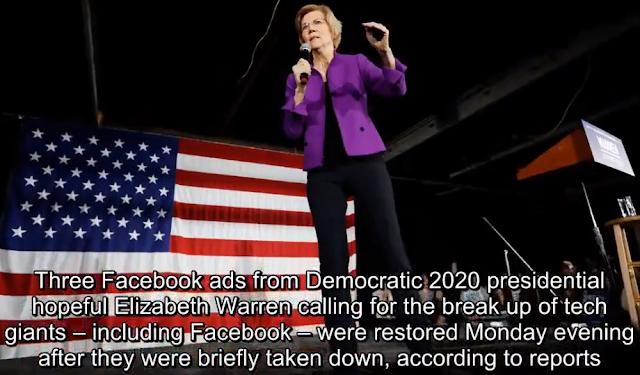 But after media reports on the ads' removal and getting criticism for doing it, Facebook reversed itself and said it was returning the ads, saying it wanted to allow for, quote, "robust debate."

However, Facebook also claimed the reason it removed the ads in the first place was because they, quote, "violated our policies against use of our corporate logo."

The ads said: "Three companies have vast power over our economy and our democracy. Facebook, Amazon, and Google. We all use them. But in their rise to power, they’ve bulldozed competition, used our private information for profit, and tilted the playing field in their favor."