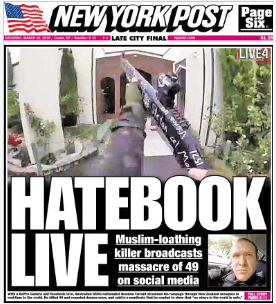 Social media companies are scrambling to stop the spread of live footage appearing to show the attacks on two mosques in New Zealand after one of the shooters reportedly livestreamed the massacre.

At least 49 people were killed in two mosques in the city of Christchurch on Friday. reports The Hill.

"New Zealand Police alerted us to a video on Facebook shortly after the livestream commenced and we quickly removed both the shooter's Facebook and Instagram accounts and the video," Mia Garlick, Facebook's director of policy for Australia and New Zealand, said in a statement.

Facebook is "removing any praise or support for the crime and the shooter or shooters as soon as we're aware," Garlick added.

The video reportedly showed a gunman opening fire inside the mosque.

Twitter said in a statement that it has suspended an account related to the shooting and is trying to remove the video from its platform.

A Google spokesperson said YouTube has removed the "shocking, violent and graphic content" as soon as it was made aware of it.
Posted 4:29:00 AM