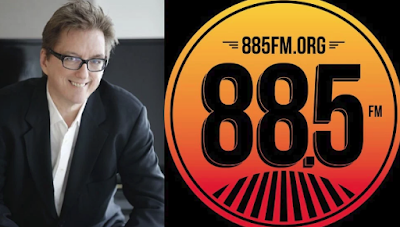 Veteran label and radio executive Sky Daniels, who helped launch Triple-A bastion KCSN/88.5 FM at Cal State Northridge in 2011, is stepping down from his post and retiring, reports Variety.

Daniels helped build the station from the ground up, bringing in Tom Petty for a memorable benefit concert and hiring such local mainstays as Nic Harcourt, Gary Calamar, Andy Chanley, Robert Hilburn and Kevin Bronson as on-air personalities.

“I was planning to retire prior to joining KCSN/88.5 FM in 2011,” said Daniels, who has recently battled cancer, pancreatitis and a heart attack. “But the opportunity to build a radio station that would put artist development first, in a market as influential as Los Angeles, was something I knew was vital. It has been an honor to serve musicians’ needs for the last eight years in developing a platform that recognized and supported their livelihood.”

Daniels cited the difficulties of working with the bureaucracies of two separate universities and the lack of proper funding as two reasons for his decision, along with the 70-hour work weeks and his health.

“This was a tough job,” Daniels told Variety about working at KCSN as one of just seven station employees. “My family begged me to walk away.” He admits many of his disagreements with the university were over budget and personnel cuts. “We were a David amidst Goliaths,” he adds.

The Youngstown, Ohio, native is a veteran promotion and radio executive who served a stint as DJ at the original KMET in Los Angeles, KFOG in San Francisco and KISW in Seattle, then worked at Island Records, Fontana Distribution, Sony Music, Best Buy and Polygram Label Group.
Posted 4:18:00 AM