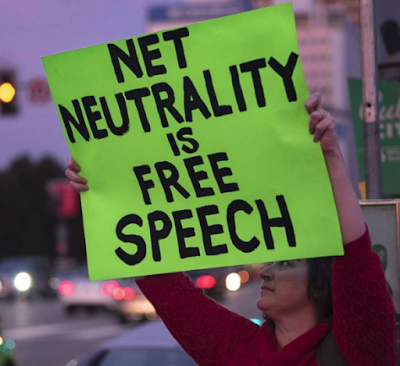 GOP lawmakers pushed back on Democrats' proposed net neutrality bill at a testy hearing on Tuesday, calling the legislation "extreme" and saying that it would be dead on arrival in the Senate.

According to The Hill, Rep. Bob Latta (R-Ohio), ranking member of the House Energy and Commerce Subcommittee on Communications and Technology, called the bill a "nonstarter," pointing out that it opens up the broadband industry to regulations that Republicans have long opposed.

"Instead of engaging with us to try to solve the problem, my colleagues have retrenched back to the most extreme position in this debate," Latta said. "[The bill] has no chance of even passing the Senate or being signed into law."

The Save The Internet Act, introduced by Democrats last week, would restore Obama-era regulations on the broadband industry.

Under the Democrats' bill, the broadband industry would be classified as a telecommunications service under Title II of the Communications Act -- a designation which opens up the industry to more stringent regulations enforced by the Federal Communications Commission (FCC). The "Title II" designation has long been a sticking point for Republicans.

The hearing was marked by sharp digs on both sides, with Democrats flexing their powers in the majority while some Republicans directed their criticism toward witnesses on the panel.

Rep. Darren Soto (D-Fla.) called the bill an "opening offer," indicating that he and other Democrats are open to "amendments" from Republicans on the committee.
Posted 1:42:00 AM